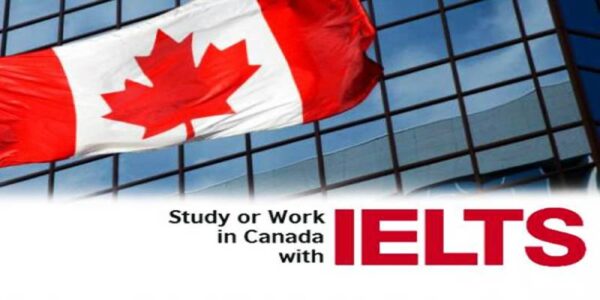 Every year, tens of thousands of people around the world sit the International English Language Testing System (IELTS) General exam as part of their Canadian immigration process. Sitting an IELTS exam can be a daunting prospect, but with a bit of information and advice you can be well positioned to obtain the best possible IELTS score for Canada immigration that you can achieve.

The IELTS is one of four language tests recognized by the government of Canada for immigration purposes. The others are the Canadian English Language Proficiency Index Program (CELPIP), Test de connaissance du français pour le Canada (TCF Canada), and the Test d’Évaluation du Français (TEF). CELPIP exams are mostly administered within Canada (with additional international test centres in Dubai and New York City), and the TCF and TEF are only used for evaluating French ability.

Bearing in mind that there are four languages tests recognized by Canada for immigration purposes, and that each test has different results/marking methods, Canada has developed an equivalency scoring system for the different tests. Results of each test are given a Canadian Language Benchmark (CLB) equivalent, from 1 to 10. This way, people who sit different tests, sometimes in different languages, can be compared and ranked fairly.

Applications submitted to most of Canada’s federal economic immigration programs are managed under the Express Entry immigration selection system.

Getting into the pool

All potential immigrants under Express Entry need to prove ability in English or French (or for extra points, both). This includes native English and French speakers, no matter where they come from or which school they went to. Express Entry is a level playing field, and every point matters as candidates vie for that all-important invitation to apply (ITA) for permanent residence.

Let’s assume for a moment that you don’t have French ability and are not in a position, geographically speaking, to sit a CELPIP English test. In such a scenario, you are going to need to pass an IELTS exam in order to enter the Express Entry pool. For Express Entry, you must take the IELTS General Training exam (not the academic version).

There are different pathways to entering the pool, with Canada offering three separate programs within Express Entry. If you are not sure which program(s) you may be eligible under, see our guides:

*The above table assumes that the individual is otherwise eligible for the listed program(s). Obtaining IELTS exam results equal to or better than the results listed above does not guarantee entry to the pool.

As you can see, the eligibility requirements for entering the pool are different for FSWC, FSTS, and CEC candidates, respectively. However, once in the pool all candidates are ranked using the same points system, known as the Comprehensive Ranking System, or CRS.

Candidates who entered the pool with IELTS results equivalent to CLB 8 or below can make incremental gains in their CRS points total if they can prove improvements in their language skills having re-sat an exam.

However, something special can happen if you reach CLB 9, also known as ‘initial advanced’ level. This is because under the ‘skills transferability’ factors of the CRS, language ability is paired separately with education level and work experience gained outside Canada. Up to 100 CRS points are available for these combinations. These bonus points are in addition to the points received for improving language skills under the human capital factors.

Reaching CLB 9 can make or break a candidate’s prospects for immigration to Canada.

To show this, let’s use a hypothetical example. John is a candidate in the pool. Upon entry to the pool, he had proven English ability equivalent to CLB 8 (that is: IELTS 7.5 in listening, and IELTS 6.5 in speaking, reading, and writing). He is 30 years old, has a Master’s degree, and three years of work experience outside Canada. He does not have a job offer, a provincial nomination, or any family members living in Canada. This gave him an initial score of 382 CRS points. However, he re-took an IELTS exam and made marginal improvements across the four abilities, bringing his results to the equivalent of CLB 9 in all four. In doing so, his score increased to a lofty 464 CRS points! Such a score is typically more than enough to secure an ITA.

A full conversion chart showing how IELTS results translate into CLB levels can be found below. Scores range from 0-9, with increments of .5.

NOTE: IELTS results are considered valid by Immigration, Refugees and Citizenship Canada (IRCC) for two years from the date of issuance of the results. Once IELTS results become invalid, the affected candidate is removed from the pool and will not be eligible to be issued an ITA for permanent residence. Therefore, candidates whose results may become invalid are encouraged to sit another exam before that possibility becomes a reality.

IELTS and other Canadian immigration options

Express Entry is not the only way to immigrate to Canada as an economic migrant. There are also a range of Provincial Nominee Programs (PNPs), with many PNP streams managed entirely outside Express Entry. In addition, individuals and families wishing to settle in the province of Quebec are subject to different eligibility requirements. And don’t forget all the investors, entrepreneurs, and self-employed people who want to make Canada home – there are programs for them too.

No matter which program is pursued, it is nearly certain that a prospective economic immigrant to Canada will need to prove language ability. How language test results affect a person’s eligibility or points totals, if applicable, depends on the program or stream. Suffice to say, language is almost always a crucial factor among Canada’s economic immigration programs. As such, potential applicants are encouraged to take the matter seriously, even if they are a native speaker of the language.

As with Express Entry, PNPs will only accept the IELTS General Training. The academic version of the IELTS is not accepted.